An unusual World Record attempt was held at this year’s traditional 3-day kart race in Ischgl/Tirol. The ambitious objective was to accelerate an electric-powered kart from 0 to 100 kph in less than 3.45 seconds.

From a technical point of view, the project was in Upper Austrian hands. The overall concept for the electric drive system was crafted in the Kreisel brother’s exclusive workshop in Freistadt. The high performance battery modules are made by Johammer. The talented Caterham Formula 1 test driver Robin Frijns offered to do the honours and on the first attempt notched up an awesome World Record time of 3.1 seconds.

However, there’s more to rip in the future. The next heroic deeds are already on the drawing board in the workshops and laboratories in northern Upper Austria. There’s no holding back the positive development of dynamic EV mobility.

More info on the kart:
kreiselelectric.com 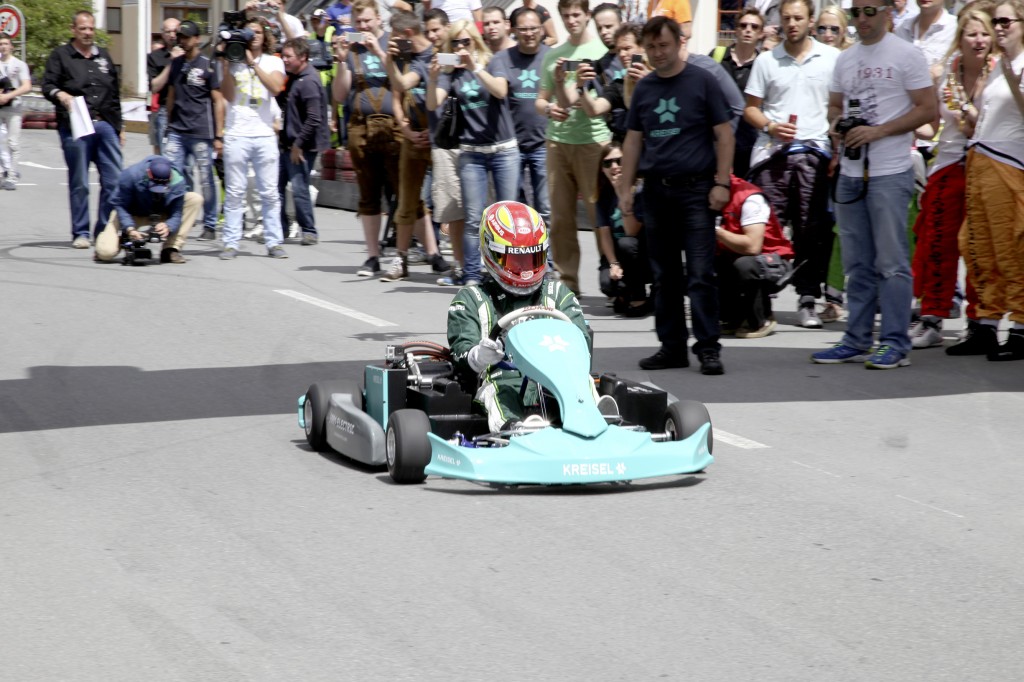 The first fractions of a second during the record attempt – the tension reaches its climax. 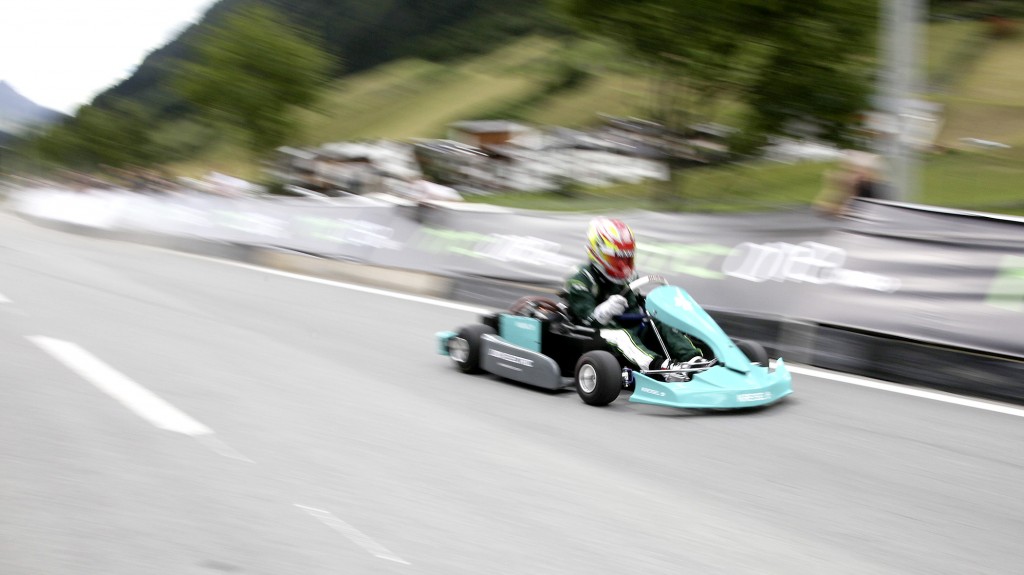 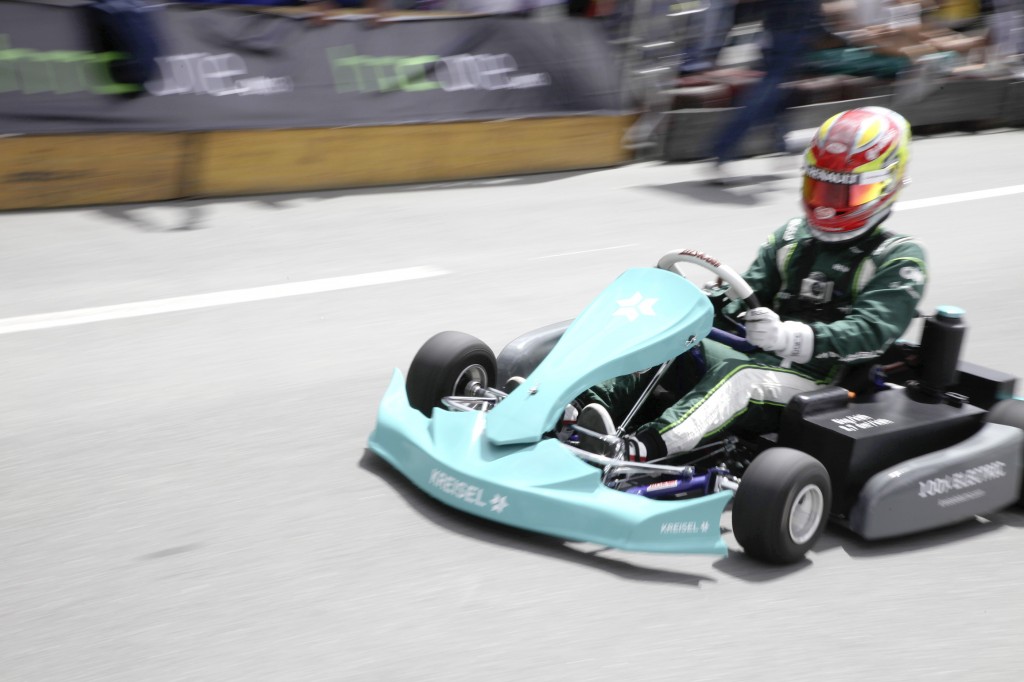 A second attempt clearly confirms the result of the first run. 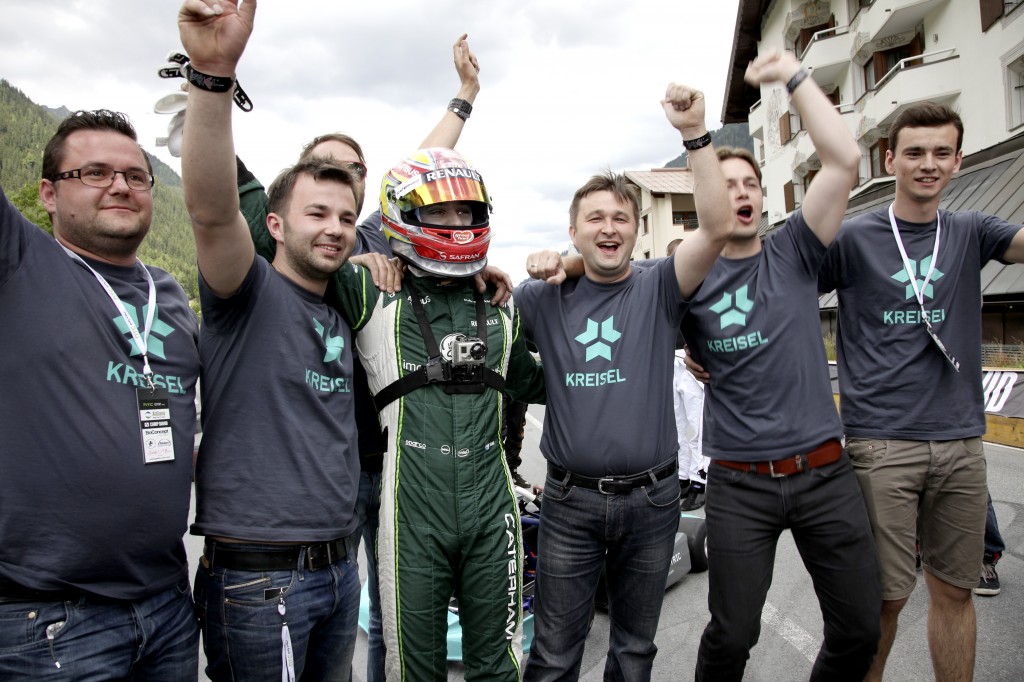 The Kreisel engineering team together with the record breaking driver.